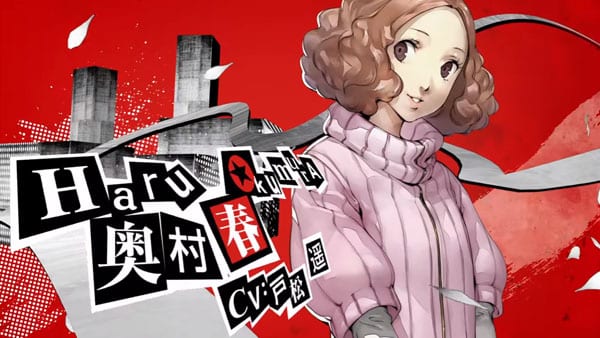 Atlus has released yet another TV spot for Persona 5, which will be launching in Japan in September. This time, we get to check out Haru, one of the female party members you’ll be able to recruit in the game. You can take a look at the new TV spot down below.

In the video, we get a glimpse of Haru’s Persona and its abilities, as well as her character intro, which seems to suggest that she’s kind of into European things and tea. As per usual, we also get to see some gorgeous animated cutscenes, and she is seen hanging out with fellow party members like the mysterious Yusuke. I’d also like to mention that her hair is looking pretty nice in the video.

Persona 5 is set to be released for the PS4 and PS3 on February 14, 2017 in North America and Europe. Deep Silver will be publishing the game in Europe. It will be released in Japan on September 15 this year.