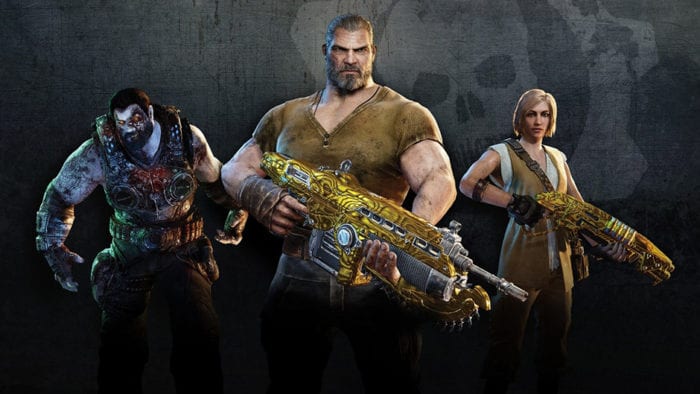 The latest entry in the Gears of War series is set to be the big Microsoft exclusive for this fall, and the publisher is pushing it accordingly. Looking to make sure you have no reason not to pick up Gears of War 4, Coalition and Microsoft are packing in the value, offering all four previous series games among the game’s range of pre-order bonuses.

Though “available only as a limited time offer,” all pre-orders will receive the Xbox 360 Gears of War Collection. All playable on Xbox One, the collection includes Gears of War 1, 2, 3, and Judgment.

Not leaving longtime fans out in the cold, those who pre-order will also receive the Brothers to the End Elite Gear Pack. “This pack pays homage to some of the most beloved characters from the Gears of War universe, and extends the tradition of offering gold weapons to day one players,” the announcement reads on Xbox Wire.

The pack includes Zombie Dom, Old Man Marcus, and Tomorrow Anya. Tomorrow Anya is inspired by the outfit she is wearing in the Gears of War 4 “Tomorrow” TV commercial.

And if that wasn’t enough, the pack even includes the Gold Wave Lancer and Gold Wave Gnasher.

The game hits Xbox One and PC Oct. 11. If you still need more reason to get excited, check out the recently released eight minutes of new gameplay.