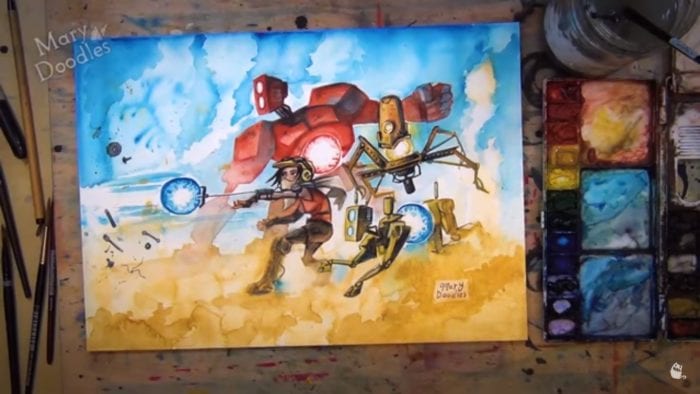 It’s always cool when fans of a game do something artistic, like the Overwatch cosplayers who reenacted Plays of the Game. Today, one artist published a video showing a time lapse painting of her work for the upcoming action title ReCore.

The video comes to us courtesy of painter Mary Doodles, who’s got quite the following over on YouTube. For you Stranger Things fans, she’s even got a timelapse painting for the hit Netflix show as well. Mary got an email from the folks at Armature Studios asking if she wanted to do some artwork based on the game, and she was “charmed” by the concept art that they sent her. It’s a pretty cool video, and the art brings the four main characters–Joule, Seth, Duncan, and Mac–perfectly. If you’re artistically inclined, she has a list of materials that she uses for the time lapse painting in the summary.

ReCore comes to the Xbox One on Sept. 13.