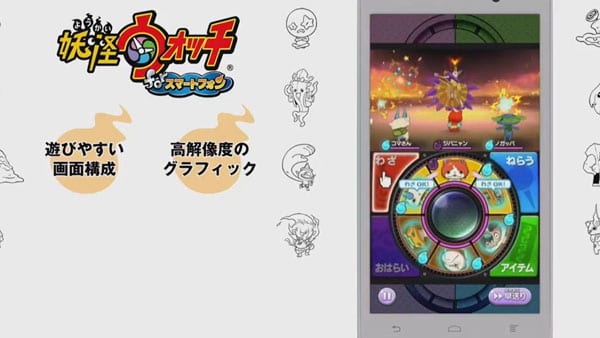 The original Yo-Kai Watch game will be coming to smartphones in Japan this fall, as announced at Level-5’s Vision livestream today. It looks like the developer is really starting to focus on the smartphone market, as seen from their decision to bring the new Lady Layton game to mobile devices as well.

According to Level-5, Yo-Kai Watch on mobile devices will be a simple port of the 3DS version of the game. The mobile phone version will have high resolution graphics, a new screen setup to accommodate smartphone users, as well as support for online battles between players. The smartphone version of the game will also receive new original features we haven’t seen before, though no further details have been provided. Pricing details about the port will also be revealed at a later date.

Of course, this announcement is for Japan only at the moment, and it’s unclear whether English-speaking territories will be getting this mobile port as well. We’ll keep you updated as more information comes our way.