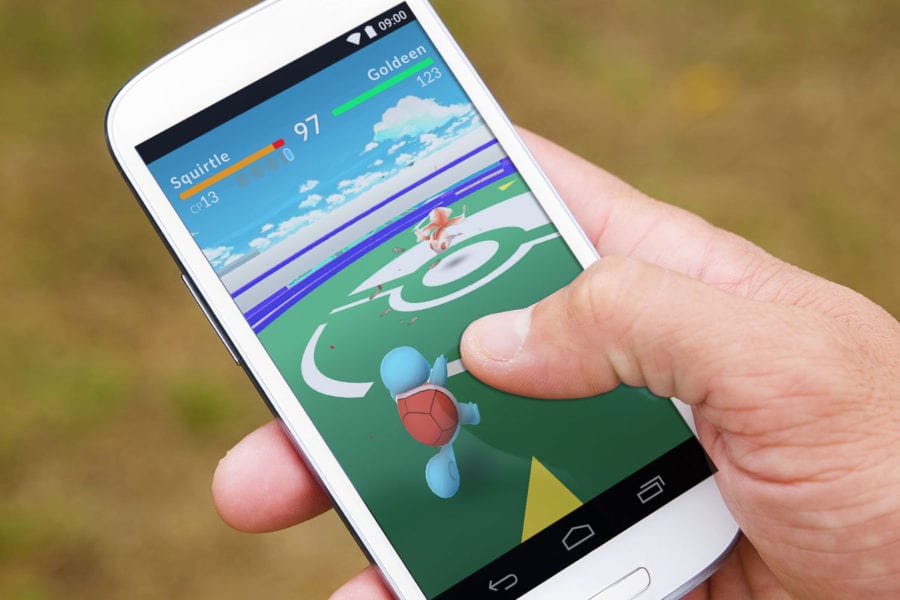 Since its release, Pokemon GO has become a bit of a phenomenon, with even the mayor of Rio De Janeiro urging Nintendo to release the game in time for the Olympics. Nintendo and Niantic have something new to celebrate today as well. SurveyMonkey has revealed some interesting statistics that show just how popular the mobile sensation really is.

Let’s start with Retention Rate. Retention Rate refers to the number of gamers that continue to play the game the day after they download it and for most mobile games, the average retention rate is 3 out of 10 people. However, SurveryMonkey reports that at least 7 out of every 10 people who download the game played it the next day. That’s a massive difference between the average of three people. 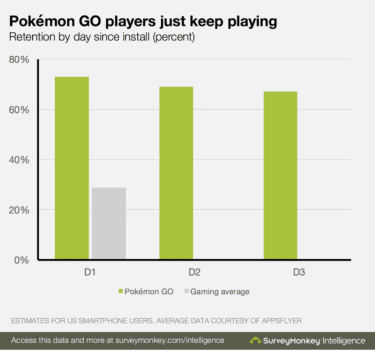 SurveyMonkey also revealed that just under 26 million US gamers played Pokemon GO yesterday. Combine that with SurveyMonkey’s estimated average amount spent per user, per day, $.25 cents, and you can get a pretty clear picture on just how massive it really is.

In other related news, Donald Trump recently targeted Hillary Clinton with a parody video and gamers can now submit locations requests for gym and Pokestop locations.