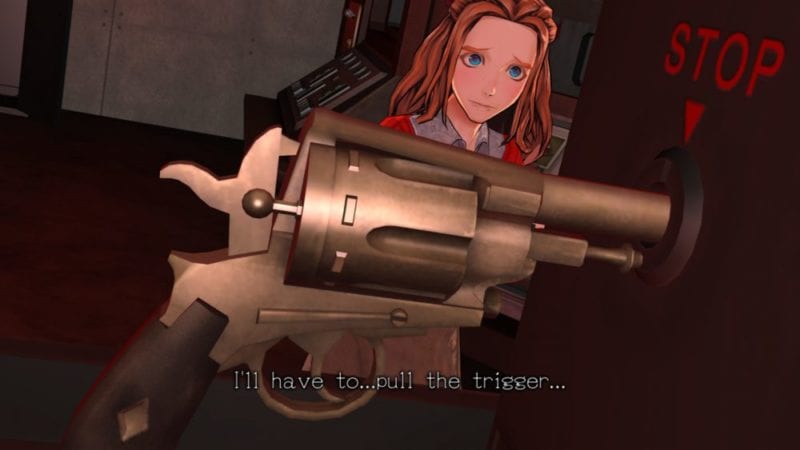 We’re getting really close to the release of Zero Time Dilemma, and the game’s Steam page has just gone live. The game will have full controller support, Steam achievements, and of course, Steam trading cards for all the collectors out there.

Here’s the official game description on the site:

Nine participants awaken in an underground facility, imprisoned with a strange black bracelet on their wrists. To escape, they must play a game with deadly consequences. The rules are simple–after six people are killed, the escape hatch will open. Who will live, and who will die? The choice is yours. Let the Decision Game begin…”

We also get a glimpse at a few new screenshots of the game, including the flowchart that will allow players to jump from one event to the next. If you’re want to avoid any potential spoilers, don’t look too hard at these screenshots, though I will say they’re largely safe for viewing.

Zero Time Dilemma is set to be released for the Nintendo 3DS and PS Vita on June 28 in North America. The PC version of the game will be released via Steam on June 30.