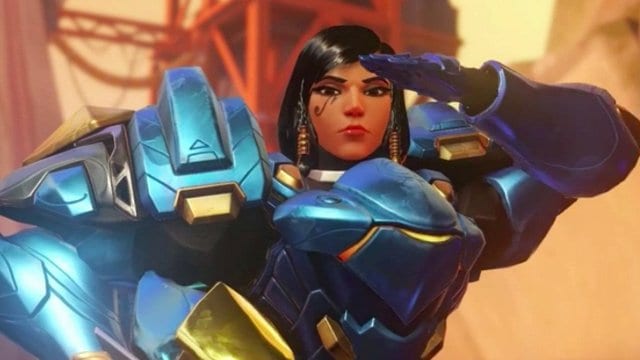 In a play of the game found on Imgur, Overwatch player Seralumina demonstrates an amazing way to use Pharah in the King’s Row map.

Much salt was had…

Playing as the human Gundam Wing, the player flies underneath the map as their team are pushing the payload near the end of the stage; flanking the enemy before unleashing her Barrage skill and eliminating the entire team. The opposing team were no doubt frustrated by their complete defeat while players will most likely attempt to recreate this strategy. Good luck with that endeavor, folks.

You can clearly see why this made Play of the Game for just how lucky it was they managed to pull this off. Clearly, Pharah will take every opportunity and any way she can to dispatch JUSTICE.

While that Play of the Game is no doubt awesome, there are also some hilarious ones you may have missed. Luckily, we’ve got you covered on that front.