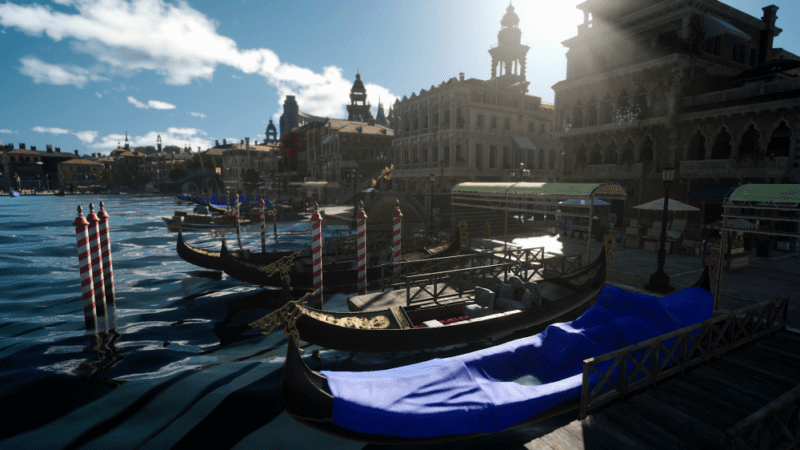 Final Fantasy has had a ton of information coming out during E3, covering everything from combat to flying through the air in the Regalia. The latest in the round of trailers, walks us through the bustling city of Altissia, a grand place built on the water and littered with different canals.

The trailer shows Noctis and the group doing different things around the city: talking to its residents, traveling by boat through canals, visiting a bar, picking up sidequests and surprisingly enough finding a ghost in a painting during the night. Yeah that last one actually happens. You can watch the full video down below.

Final Fantasy XV launches on September 30, for PlayStation 4 and Xbox One. Another trailer released today, gives us two gorgeous minutes of sailing through the air in the Regalia. Square Enix also recently announced a ‘wait mode’ that helps make battle easier.

What do you think of the varied locations we’ve seen so far in Final Fantasy XV? Which location is your favorite? Leave a comment down below and let us know. Make sure to stay tuned to Twinfinite for even more out of E3 2016.