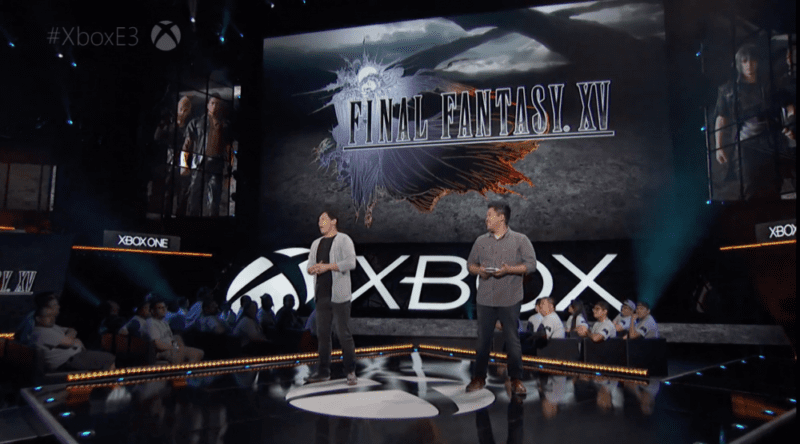 Final Fantasy XV has been a long time coming, and now that the release date has been officially announced there’s a nice and steady stream of new information.

During Microsoft’s E3 press conference, the game’s director Hajime Tabata took to the stage to show off the special Trial of Titan demo. Noctis had to survive alone against the massive Titan until his allies showed up to help, showing some flashy moves throughout.

Final Fantasy XV hits Xbox One and PlayStation 4 on Sept. 30, with plenty of other FFXV-related media dropping before then. The CGI feature film Kingsglaive will be hitting select cinemas across the US in August, and episodes two through five of the anime Brotherhood: Final Fantasy XV will also be available to watch online before the game’s launch. You can watch episode 1 right now, and episode 2 is slated to release sometime during E3.

For more E3 coverage including the latest news, previews, and trailers, keep your eyes on Twinfinite.