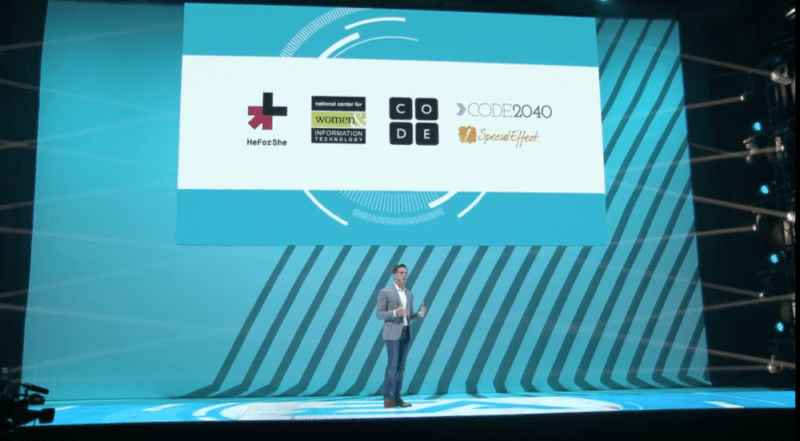 Today at the EA Play press event at E3 2016, the company announced the company’s new initiative, Play To Give. The program is to collaborate with five charities, HeForShe, the National Center For Women Information & Technology, CODE2040, CODE, and Special Effect. EA will put on five challenges that emphasize the important of teamwork and celebrate the player community. The events will host matches of Battlefield 4 and Battlefield Hardline. And at the end, EA plans to donate $1 million dollars towards the “importance of play.”

EA’s event today has already been a busy one, showcasing a new Titanfall trailer, a new single-player component of FIFA 17, and even teasing us with a behind the scenes look at Mass Effect Andromeda. What do you think of EA’s new charitable efforts? Let us know in the comments below. And stay tuned to Twinfinite for much much more E3 news, previews, and general coverage of the show this week.