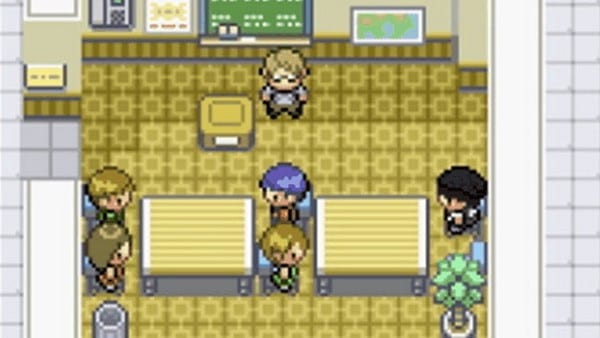 If you ever wondered what the Pokemon games would be like if they were catered to a more mature audience, full of dark themes, look no further. Pokemon Apex is a fan-made Pokemon game that strives to achieve just that.

“Pokémon Apex is developed with an adult Pokémon fan in mind. The game contains some adult dialogue (some swearing) and themes (death, abandonment), and some minor horror elements. Furthermore, the game is intended to be somewhat difficult, meaning that you will need to think about your strategies and make conscientious choices about your team in order to progress. Playing through the game haphazardly will get you into trouble.

Also, this game is for people who prefer to take their time in games to explore their environment and uncover hidden details. There are lots of small details hidden throughout the game, as well as secret areas and items that reward meticulous players.”

According to the dev blog, Pokemon Apex also features a death cult hellbent on bringing destruction to the world. The game also aims to fix issues present in current Pokemon games like the low difficulty, poor balance, and bland characterization of the NPCs you encounter in the world. The game is still in its alpha build right now, but you can check it out for yourself here.