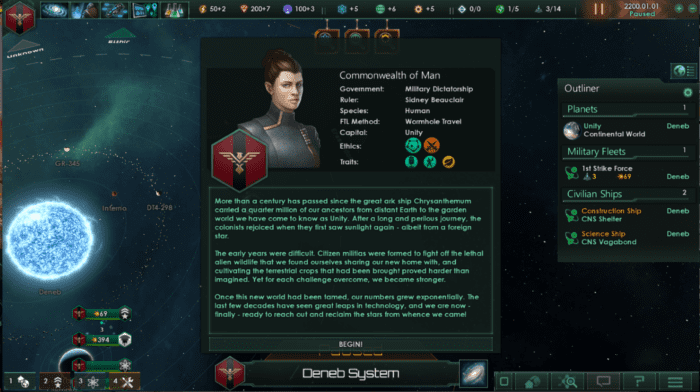 Earlier today, Paradox Interactive removed a mod from the Stellaris Steam Workshop that turns all in-game humans into white people with European names.

The mod, which called European Phenotype and Names Only was removed because it went against Paradox’s discrimination policy, as noted by a Paradox spokesperson speaking to Eurogamer:

We embrace the idea that players mod the game to best represent how they want to play, we do NOT however wish to enable discriminatory practices.

Over on TwitLonger, the COO of Paradox Interactive Susana Meza Graham added that it wasn’t so much the mod itself that led to it being taken down, but rather the comments surrounding it. To quote:

We have a few rules of conduct that have been in effect for the better part of a decade where racial slurs, among other things, are not allowed. We interpreted this particular mod as breaking those rules of conduct, however it would appear that the comments surrounding the mod, rather than the mod itself, were the biggest problem.

Paradox is also looking into another Stellaris mod titled the Separate Human Phenotypes, which separates the human race into four different races of single ethnicity.