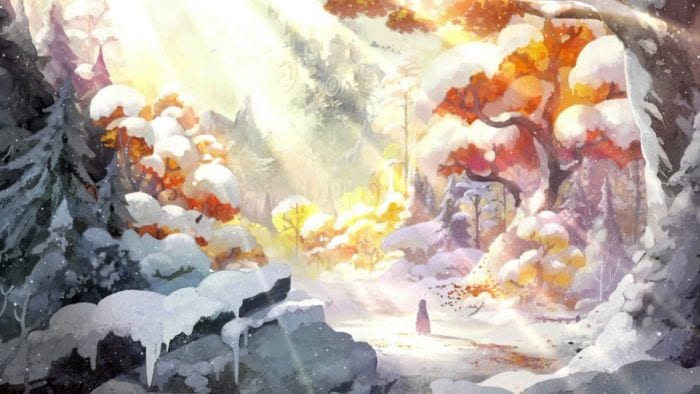 E3 2016 season has started, and while this year’s event is coming up soon, it’s not here quite yet. Don’t tell that to Square Enix though as today they released the E3 trailer for their upcoming JRPG, I Am Setsuna. Aside from being digital only, everything else about I Am Setsuna is very reminiscent of JRPGs from years ago.

The trailer above checks off many old school vibe boxes. There’s an overworld map to traverse, airships, turn-based combat, piano melodies, aesthetics, etc. The trailer also revealed the price of the PS4 and PC versions of the game. It will cost you two crisp future Harriet Tubmans AKA $40.

At PAX East this year, we had the opportunity to give it a go and at least gameplay wise, I Am Setsuna seems like it’s headed in the right direction. 20 minutes wasn’t enough to get a firm grasp on the story, but it seems to have a Final Fantasy X vibe going on.

I Am Setsuna will release worldwide (Japan got it earlier this year already) on July 19 for the PS4 and PC. You can get a little taste of our preview of I Am Setsuna from PAX East below or you can read the full article right here.

“For years, many old-school JRPG fans have clamored for a return to the PS1-era golden age. Sure, JRPGs still live on through indies and handhelds, but it’s quite rare to see classic turn-based JRPGs from “big” developers anymore on home consoles. There are games like the Persona franchise and others that still release and utilize the power of modern home consoles, but it’s hardly the golden age where JRPGs were the big ticket item. Enter Tokyo RPG Factory, a new development studio made up of Square Enix employees that was put together to not only deliver a classic turn-based JRPG to the PlayStation 4, but also take advantage of the modern hardware. The fruits of their labor come together with I Am Setsuna.”

Balan Wonderworld by Sonic Co-Creators Gets Tons of Screenshots & Trailers of Chapters 10, 11, & 12
The Caligula Effect 2 for PS4 & Nintendo Switch Gets New Trailer All About MU-Kun