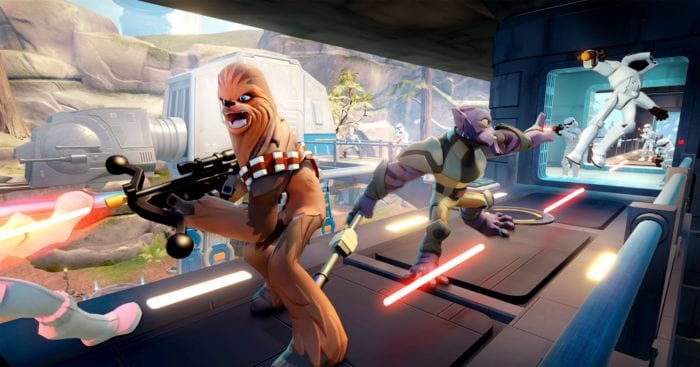 With Disney canceling Infinity and pulling out of the games industry, it would be easy to simply think it was a new decision. According to company insiders however, Disney’s lack of commitment to their games division made the seemingly drastic move obvious from the beginning.

Speaking with Tech Insider about the recent closure Alex Seropian, former Disney Interactive senior VP and general manager, and Tom Eastman, former software engineer at the Disney owned studio Wideload, gave some insight into the troubles that have been rumbling in the company for years.

Co-founder of Bungie and formerly of Microsoft, Seropian explains the difference between Disney and other gaming companies. “Any big company has a finance department, has financial folks embedded in the product units, or business units will take the finances of the business very seriously, etc. But I found at Microsoft that there was a little more of a focus on the product, at least from the business decision-making aspect, with a little bit more of, ‘If we make the right thing the profits will come.’” This was a mentality Disney simply didn’t have.

Not understanding the games industry, and therefore being hesitant to really invest in it, led to a very different approach from Disney. According to Seropian, the company forced itself to “make decisions with a little bit more of an eye towards the spreadsheet than towards the product.”

Continuing, “You can look at that in many different ways, but it’s just a very different environment in which to make a tech product or a software product.”

Likewise, Eastman echoes the same issues. “We were unable to start and continue working on projects,” he admits of his Disney-acquired studio. “Wideload was basically managing upwards for the entire duration after the acquisition.” Projects were pitched, prototyped, but then canceled before any of them could really get off the ground.

“The games business is hard, especially on the console side,” Seropian adds. “You have to take a lot of risk, it’s a long time to get a return — and you may never get the return!” In short that means, “You have to have enough scale to do four or five of these bets in order to make one of them pop and have a profit at the end.”

When it came to Disney however, the company simply wasn’t willing to make those bets. Instead, with a scope as far reaching as Disney’s, the priorities were elsewhere.

“That’s another challenge of being at a company like Disney: You’ve got $10 billion to invest in stuff,” Seropian says. “And your choices are, well, I could make seven ‘Star Wars’ movies, and seven Marvel films, a couple of Pixar movies, a ‘Star Wars’ land at Disney World, and another ‘Phineas and Ferb’ TV show. Where do I fit in the five $20 million, $50 million video games?”

Wildly successful, Disney canceled the continuing toys-to-life game Disney Infinity when projections turned to falling sales in the future. Closing the games arm of the company entirely, the company is instead planning to focus on licensing their products out, much like they have done with Star Wars and EA.

As we learn more about the future of Star Wars, Marvel, and Mickey Mouse in video games, you’ll find it all right here on Twinfinite.