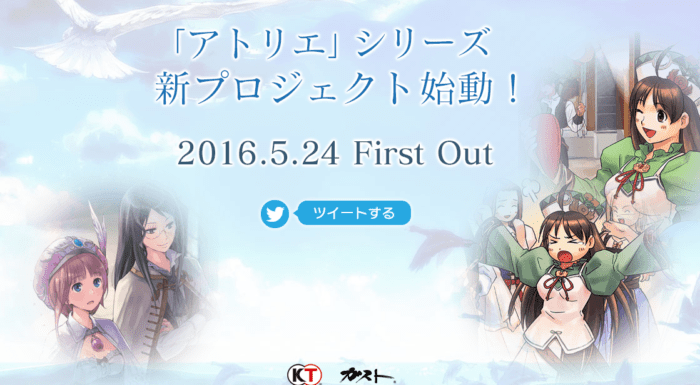 It’s about time. Gust and Koei Tecmo have opened up a special teaser website, revealing that there will be an announcement for a new Atelier game on May 24. While we’ve already known for a while that a new game in the series was in the works, we’ll be getting our first official look at the next entry in just a few days.

For now, there isn’t much on the teaser site to give us any clue about what the new Atelier game will be like. If you take a look at the site, we only get quick looks at the protagonists featured in past games.

The Atelier JRPG series is based around the concept of artists maintaining their workshop and making a living off of it. Players are often required to venture out into the wild to harvest materials, and then create alchemy mixes and various potions to be sold to customers. The focus isn’t usually on the combat, but more on the idea of maintaining relations with the townspeople, and crafting top grade items.

We’ll be sure to keep you updated as more information comes our way.