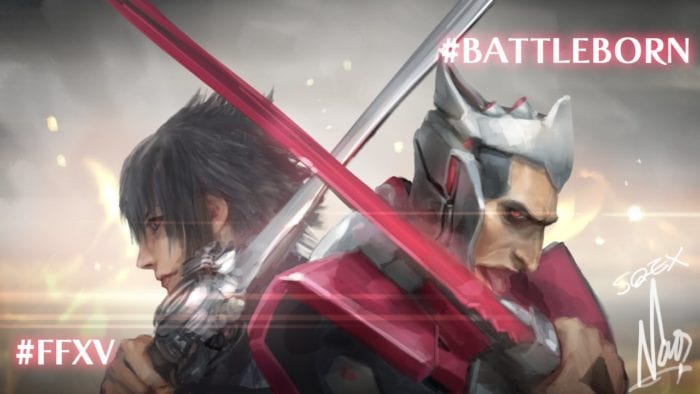 Phoebe's swords are a bit like Noctis' Armiger!Thank you @Battleborn & @GearboxSoftware for the badass art!
[2/2] pic.twitter.com/wmA1jqqmZy

While both games have virtually nothing in common with each other, it’s very cool to see artists show appreciation for each other’s work, and even produce their own pieces of art, showing different takes on certain characters from those particular games. Personally, I think it’d be pretty cool to see Noctis animated in Battleborn’s more cartoonish style. Well done, artists.

Final Fantasy XV is set to be released on September 30, while Battleborn is already available for the PS4, Xbox One, and PC. What other cool crossover fan art would you love to see? Let us know in the comments down below.