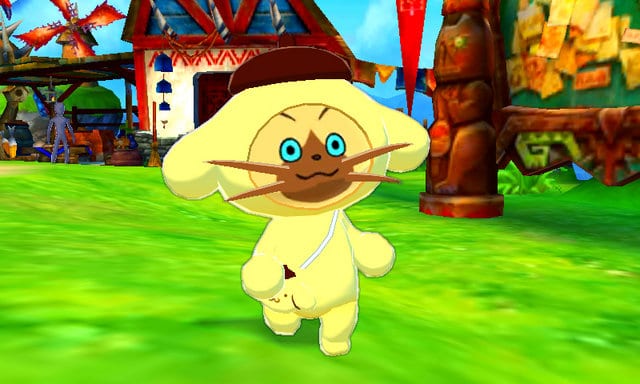 Capcom has announced that Monster Hunter Stories will be releasing in Japan on October 8. The game will be priced at 5,800yen at retail and 5,546yen if you get it digitally. Not only that, Capcom also announced that they have a collaboration with musician DAIGO and Pompompourin for in-game weapons and equipment.

For you amiibo addicts out there, yes, there will be amiibos available for Monster Hunter Stories on day one. There will be three amiibos available, and they are: One-Eyed Rathalos and Rider (Female), One-Eyed Rathalos and Rider (Male), and Nabiru. Capcom also mentioned that a second set of amiibos are planned for release in winter this year. You can check out in-game screenshots and a quick look at the amiibos in the gallery below.

Monster Hunter Stories is an RPG that follows the story of a young rider who leaves his village to explore the world. He eventually gets caught up in the investigation of an ancient legend. The game looks to be quite the departure from the typical Monster Hunter game you’d expect, and it certainly seems like this entry will be a lot more story-focused.

There’s no news of a western release date just yet, but we’ll keep you updated as more news comes our way.