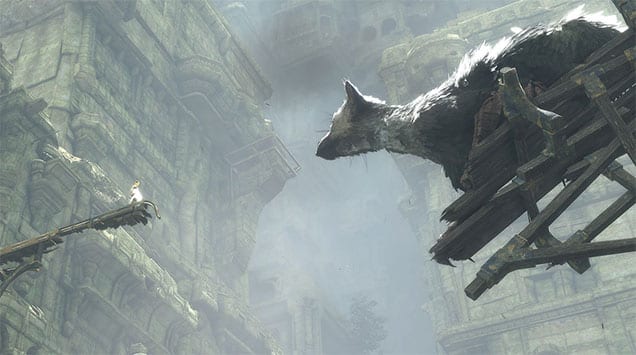 It’s been a while since we’ve heard anything about The Last Guardian. The game was last shown at E3 2015, and we got a glimpse of what the gameplay would be like. Edge magazine recently got the opportunity to preview the game and have a chat with game designer Fumito Ueda. Ueda reconfirmed that The Last Guardian would indeed be released this year, and Edge also revealed a few new gameplay details we haven’t seen in any footage yet.

“In an accompanying Q&A with Ueda, the legendary designer says: “Since this is the year we will see the game’s release, I do have some worries, but I’m also very excited.”

The preview details a new gameplay mechanic, in which the human boy character wields a mirrored shield. “Holding circle ‘illuminates’ the device,” states the article, “shining what is ostensibly an ornate crosshair onto any surface it’s aimed at… [Trico] can fire a devastating beam of red lightning from its tail, and will direct this power wherever we point the mirrored shield.”

In the demo Edge were shown, this attack was used for environmental puzzles – “one involving the destruction of a rock face, the other the disintegration of a wooden wall” – but Edge wonders whether it will be used against the armoured, enemy characters seen on the extended magazine’s cover.”

Ueda also discussed the nature of Trico, and how the beast won’t always listen to the player’s commands. He concedes that he is a little worried that players would get frustrated with Trico’s disobedience, but also states that there are enough games out there that allow you to have complete control over an animal. If anything, this should serve up a fresh experience for players.

We don’t have a set release date for The Last Guardian just yet, but it’s likely that more will be revealed at E3 in June.