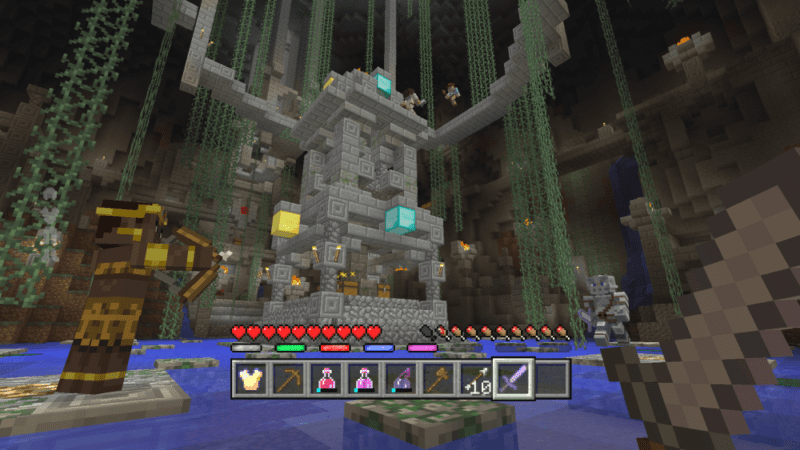 Earlier today, Mojang announced that they are working together with 47 Studios to release a bunch of minigames for the console editions of Minecraft. The minigames will be added through a free update, and the first minigame titled Battle will be released in June.

The Battle minigame will pit players against one another as they race to find weapons, armor and food before killing each other in the mode’s three unique arenas. Players who die will be respawned as bats. Mojang also noted that Battle has been designed with consoles in mind so up to four players can participate in both split-screen couch co-op, and up to eight players will be able to battle it out online.

According to Mojang, the mode is designed with ease and accessibility so players won’t be able to craft in Battle mode and items can be looted and equipped with a single button. Mojang also promises that there may be a few surprises hidden in Minecraft’s lobby screen between matches, so don’t forget to keep an eye out.