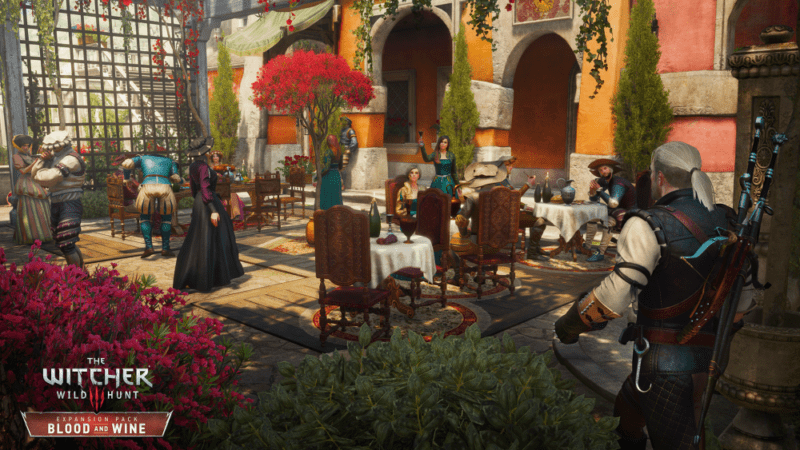 Developer CD Projekt RED has just released a brand new batch of screenshots for Blood and Wine, the upcoming expansion for the Witcher 3: Wild Hunt.

The screenshots, which CD Projekt posted on the official Witcher website, can be seen throughout the image gallery below.

CD Projekt have chosen to blur out some interesting details from a few of the photos, namely the title of the boss character that Geralt is facing in one screenshot, and the subtitles of the conversation between Geralt and the knight in another screenshot.

Recently, CD Projekt described Blood and Wine with the phrase “this is the end,” in reference to the overall Witcher series. “There won’t be any Witcher any time soon – if there ever will be one,” reaffirmed studio co-founder Marcin Iwinski.

However Iwinski didn’t entirely close the door on the possibility of a return to the Witcher franchise, stating “We honestly don’t know. We don’t have anything planned as of now to be honest on the next Witcher.”

So, perhaps this is truly is the end for the series. But this Witcher fan will live in hope.

The Witcher 3: Blood and Wine will be launching worldwide in just ten days time on May 31.