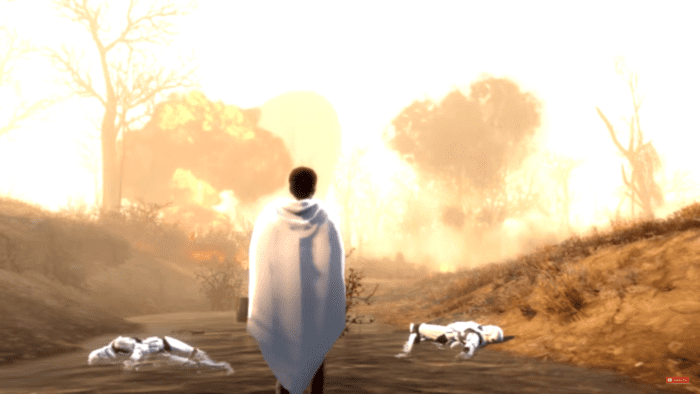 But a few days after the Rogue One trailer dropped, a fan has already recreated the Star Wars teaser in Fallout 4. Using a combination of mods, PC commands, and no shortage of explosions, creator UpIsNotJump drops the film right into Bethesda’s Wasteland.

We also get a shot of the trailer’s ominous Death Star laser installation, made possible by a mod created by UpIsNotJump himself. Mods can’t always solve everything, though, which is why Donnie Yen is brandishing a katana instead of a stick and the AT-ATs have been replaced with Liberty Primes.

Rogue One: A Star Wars Story releases Dec. 16 of this year, and will follow a group of rebels trying to sabotage the Empire’s first Death Star just before the events of the original Star Wars film. Let us know if you’re counting the days until release, and for more, check out some of today’s top stories below.