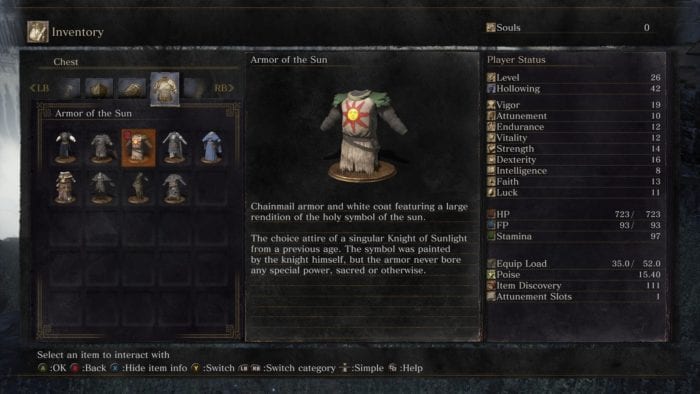 Praise the Sun! You heard me right, everyone’s favorite warrior of sunlight is back for Dark Souls III. Fans of the series might have already noted the similarities between the first Dark Souls and the latest installment, but it goes a lot deeper than that, allowing you to obtain the very armor of the series’ immortalized Sunlight Knight.

As well as the returning Warriors of Sunlight covenant, you can don his armor by opening up the dilapidated tower at the top of Firelink Shrine. Here, you’ll be able to trade various items for pieces of Solaire’s armor set at the Crow’s nest. This is just one of the many hidden secrets in Dark Souls III, with a lot more soon to come. Find out the entire method of how to Solaire’s armor here, in our handy guide!

From Software’s latest installment in the Souls series, Dark Souls III, has finally released after months of anticipation. For more handy tips, tricks and guides, be sure to check out our Dark Souls III wiki.