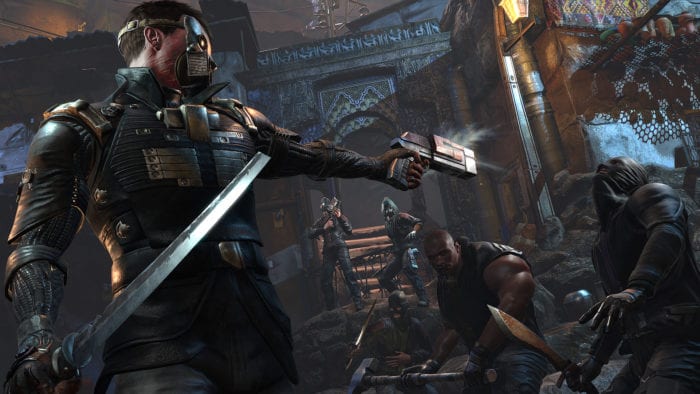 Set in a steampunk-like version of the future, where different corporations and mutated wildlife rule Mars, The Technomancer sets you loose to explore and fight your way through it all.

“Zachariah is a rookie Technomancer from Abundance, one of the powerful corporations on Mars. Technomancers are formidable warriors harnessing destructive electrical powers channeled through their implants,” Jeanne Rousseau, Creative Director and CEO of Spiders Studio, explains on the PlayStation Blog.

“Your journey starts at Ophir, capital of Abundance, erected from the remains of the first human settlements in the Ophir Chasma. Picking from three combat stances, you’ll be able to specialize your style of play, making use of the Technomancer’s special electrical abilities to buff yourself or actively attack the many monsters roaming the red planet.”

The three combat stances in question include using a staff for quick sweeping attacks, a sword and pistol for when players want to focus on agility and movement, and finally a mace and shield for when a collected defense is the best option. All three are shown off extensively in the gameplay overview trailer below.

The trailer also touches on the lore of The Technomncer, the electrical abilities you’ll have at your disposal, character customization, crafting, and even the game’s companion system. Touted as a 40-hour RPG, The Technomancer appears on the conservative side of modern RPGs. But if it delivers in the gameplay and story, that likely won’t matter.

“Visit cities scattered throughout Mars and learn of new cultures separated from Earth for many years. We’re excited for you to explore our vision of the red planet inhabited by humans, corporations, and genetically modified monsters on June 21,” Rousseau concludes. The Technomancer will release this summer for PS4, Xbox One, and PC.

Bound by Flame, Spiders Studio’s previous game, received mixed review scores. But what do you think so far of the developer’s next RPG? Let us know in the comments. And as we learn more about The Technomancer, you’ll find it right here on Twinfinite.