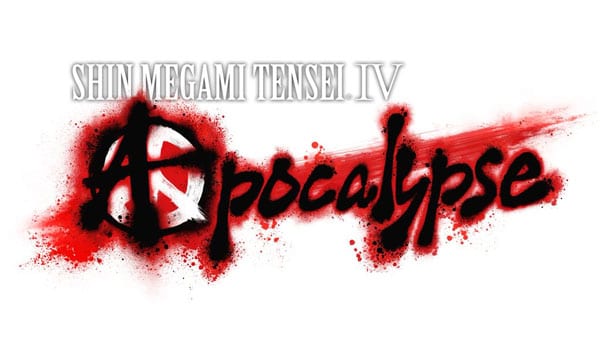 The story of SMT IV: Apocalypse overlaps with the original game while telling a new story. Here’s a rundown of the game’s plot.

“It’s time for all things to end because Shin Megami Tensei IV: Apocalypse, (known as Shin Megami Tensei IV: Final) in Japan, will finally be arriving to the Americas. Overlapping the story of the original SMTIV, the upcoming game focuses a Hunter cadet protagonist who gets killed by one of the demons treating post-apocalyptic Tokyo as their personal playground. However, the mysterious god Dagda resurrects the protagonists in exchange for his fealty, and sets him on a perilous path that treads the fine line between peace and anarchy. Is Dagda simply just an opportunistic lesser god or is part of something much bigger?”

In terms of the name change Atlus felt they needed a subtitle that “makes sense, sounds good, and looks good on the box,” as well as something that wasn’t too long due to the way the logo appears in the game. The “A” was also already in the logo for Final, due to the developers trying to highlight the duality of chaos and law in the game. After a few e-mails back and forth at Atlus, Shin Megami Tensei IV: Apocalypse was finally settled upon.

Shin Megami Tensei IV: Apocalypse will launch this summer for the Nintendo 3DS. The game will be released physically at retail as well as digitally on the e-shop. You can see the official website for the game here.

Are you excited for Apocalypse? Did you play the original Shin Megami Tensei IV?