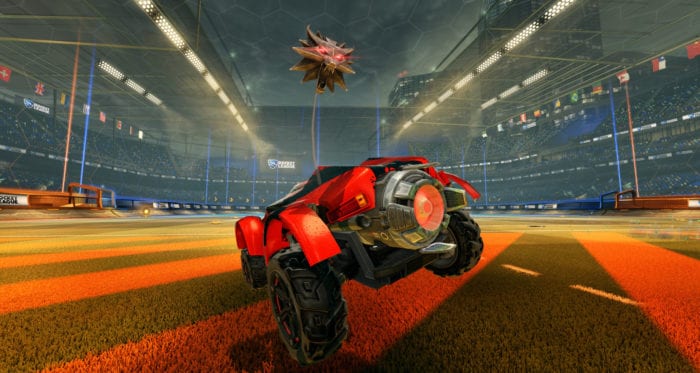 Rocket League has been crossing over and featuring content from other games over the past few months, from Gears of War and Sunset Overdrive to Batman and Euro Truck Simulator 2. Next up on the list is CD Projekt Red’s The Witcher.

Alongside the new basketball mode, next week’s DLC will also feature an antenna based on Geralt’s Witcher medallion from the titular fantasy series. Psyonix thought this was “an apt choice in anticipation of their upcoming Blood and Wine expansion”. Several employees in the studio are fans of CDPR’s fantasy action-RPG, and conversations between the two developers started in 2015. Turns out, the feeling was mutual on CDPR’s end, so they got to work on the medallion.

Exactly how you unlock the antenna hasn’t been revealed, but it’s still pretty cool to have, no? Blood and Wine won’t be due out for a while, but there have been some recent screenshots revealed. Psyonix also said that they “look forward to some crossover cosplay in the future.”