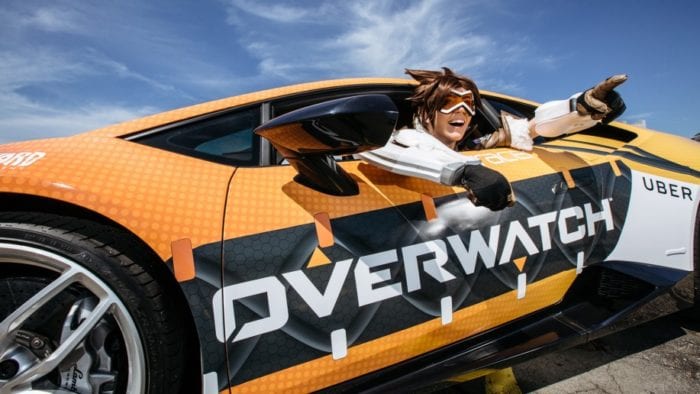 If you’re in Boston this weekend and want to catch an Uber, it’s the perfect time to. Blizzard and Uber have partnered together to advertise Overwatch with a supertruck, a moto-trike, and a Lamborghini.

Not only will you be riding in style, but your driver will be cosplaying as one of three Overwatch heroes. It’s a service only available at the convention center in Boston (you lucky PAX East attendees), from Apr. 22-24. The best part? Your ride is free if you manage to get one.

The cavalry has arrived! Catch a ride fit for a hero with @Uber_BOS at #PAXEast!

This isn’t the first time a company has taken advantage of a PAX showing to advertise their games with some Uber rides. Back in PAX Prime 2015, we took a ride in a Mad Max Uber and it was everything you could imagine.

If you manage to get a ride in that sweet Lambo, leave a comment down below!