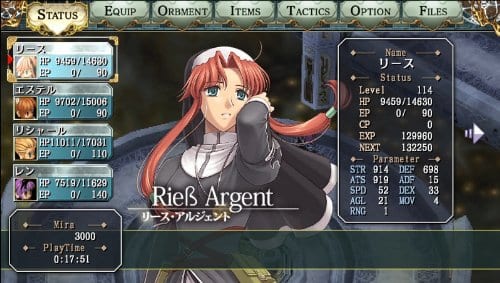 Trails in the Sky: SC finally hit Steam and the PSP for English-speaking players late last year. The game was wonderful, but fans were still left wondering if the third and final chapter would ever be localized. Today, XSEED Games took to Twitter and sent out a curious little tweet.

So a priest and a nun walk into a game…

For the uninitiated, the “priest and a nun” is a reference to two of the characters that make an appearance in the third game. XSEED has already localized the first two games to critical acclaim from the fans, so it would not be a stretch to think that they would put in the effort to complete the trilogy and localize the final chapter as well.

The Legend of Heroes: Trails in the Sky the 3rd takes place six months after the events of SC. It follows the story of Kevin Graham, a young priest (!) who receives a mission to investigate a mysterious artifact recovered from the bottom of a lake in the Liberi Kingdom.

We don’t have any information beyond the teaser tweet from XSEED Games, but we’ll keep you updated as more news comes our way.