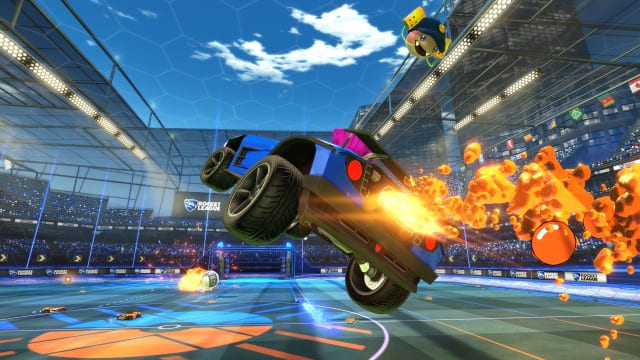 If this turns out to be true, I will be a very happy fan. The official Rocket League Twitter account posted a tweet today, teasing the next mode they’re working on for March Madness. The image, and the tweet which you can check out below, shows off a truck in what looks a lot like a basketball court, and a basketball hoop.

March Madness is just around the corner. Great time to tease the mode we're working on next #RocketLeagueHoopspic.twitter.com/rrlEnnFhby

Rocket League is already crazy enough as it is, but introducing a basketball mode in the game will make it fresh for longtime fans all over again. Also, we all know that basketball is a cooler sport than soccer anyway. Hopefully we’ll get a few new music tracks for this mode. Maybe Space Jam?

Rocket League is a game where you take control of small trucks as you try to nudge an oversized soccer ball into the goal area. The game allows you to play locally with a friend, or go online to team up or play against players from all over the world. The game is now available for PS4, Xbox One, and a port is coming soon for PC.