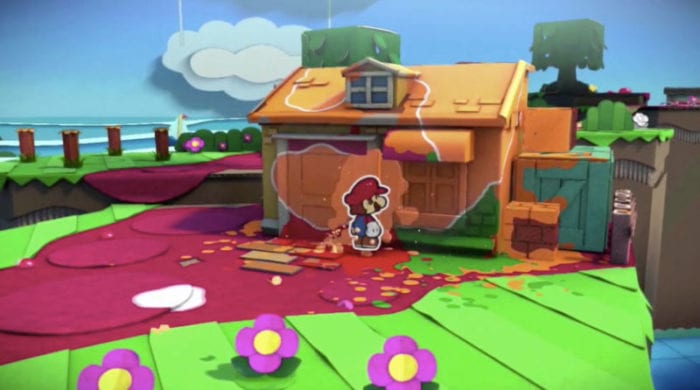 Nintendo’s presentation today during their Nintendo Direct had a few surprise announcements, one of which was a brand new Paper Mario game coming to the Wii U this year.

Paper Mario: Color Splash puts Mario in a land that’s been drained of all its color called Prism Island. Mario has to use his paint hammer to restore color to the island. One example we saw in the trailer was the hammer being used to reanimates colorless Toads.

Color Splash will launch on the Wii U at some point in 2016, although an official release date hasn’t been given. The game follows up on the most recent release in the series on 3DS, Mario and Luigi: Paper Jam.

Are you excited for a brand new Paper Mario game coming this year? What’s your favorite game of the series so far? Let us know down in the comments.