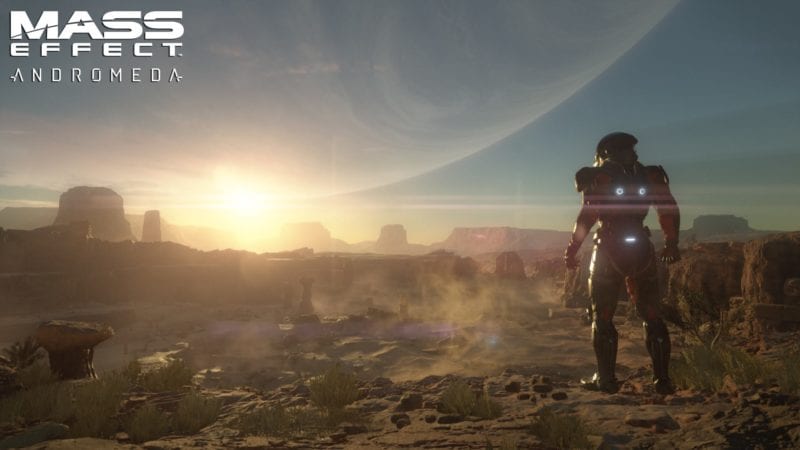 When Mass Effect Andromeda was announced last E3, Bioware gave that oh, so vague release window of holiday 2016. Now it looks like 2017 is the more accurate release time, according to an EA executive. At a business summit, Chief Financial Officer Blake Jorgensen said that the game would be available during the fiscal fourth quarter:

“We have all our sports games, we have Mirror’s Edge, a runner game coming out in the first quarter, and then we have Mass Effect, which is a sci-fi action game, in our fourth quarter. So big year ahead and we’re pretty excited.”

Not much has been revealed about Mass Effect Andromeda, other than the fact that it takes place (seemingly) after the adventures of Commander Shepard and will once again find players traveling the galaxy and acquiring alien friends. The Mako will be making a return, as will the highly popular multiplayer aspect from the final game in the previous trilogy. Also, you have a jetpack, which is awesome, but no Garrus or old friends, which is not awesome. Whenever the game releases on PS4, Xbox One, and PC, hopefully it’ll be as great as the previous games.