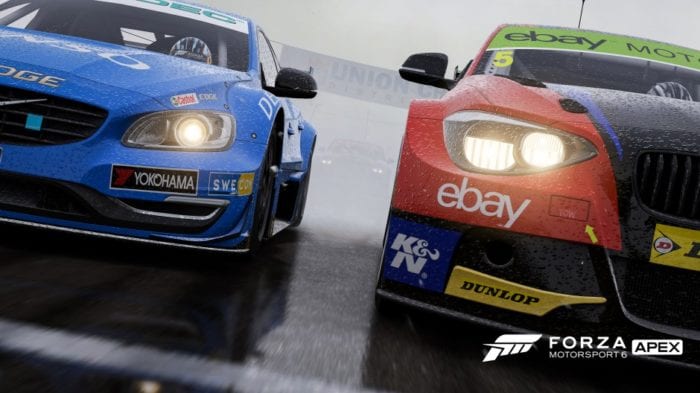 Brian Ekberg, the community manager at Turn 10 Studios, has revealed on the Xbox Wire that the studio is bringing Forza to Windows 10 PCs. The PC release is titled Forza Motorsport 6: Apex and will be released for free on Windows 10 this Spring.

Designed to introduce new players to the franchise, Forza Motorsport 6: Apex will feature several new features for the PC audience. The Showcase Tour, Objective System, and Spotlight Series will each help players learn the ins and outs of the series while helping them increase their skill. Drivatars will be available just as they are on the Xbox One, allowing players to race against computer drivers that behave just like humans.

As far as content goes, there is a lot to take in. 63 Forzavista-enabled vehicles, six locations, and 20 tracks as well as a career mode and many multiplayer modes. All of it running in DX12 and supporting up to 4K resolutions.

There have been no details on monetizing this latest entry into the Forza series as of yet. For now, this release is a content heavy offering to help make the transition to a new platform. According to the post “Forza Motorsport 6: Apex paves the way for future Forza ezperiences on Windows 10.” Microsoft was serious about bridging the gap between Xbox One and PC, providing more ways to experience their best franchises.

For those who can’t wait for this upcoming release, Forza Motorsport 6 is currently available on the Xbox One.