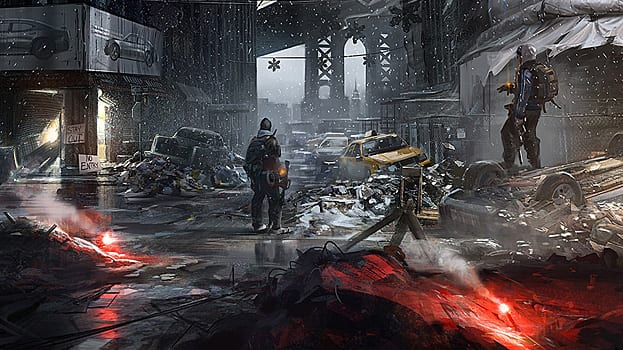 Though first person shooters are the typical fare these days, Ubisoft’s upcoming shared-world shooter The Division has opted for for a third person experience, mostly because of the game’s intricate world.

In a recent interview with Game Rant, Associate Creative Director Julian Gerighty explained that the size and detail of the world, as well as the cover-based gameplay, fit much better with the third person perspective:

“I think it fits the cover-based gameplay so well, and that’s really what we wanted to do. If you close your eyes and think ‘Okay, we have this incredibly detailed real-world city, it’s open-world, it’s a cover-based shooter, there’s exploration, there are gadgets.’ Would first-person make sense? Not particularly. It’s better suited to a third-person experience.”

Ubisoft just announced an open beta for The Division next week, which will feature a new mission and unlock a special in-game item in the full release.

The Division is coming to PC, Xbox One and PlayStation 4 March 8, and the team has plans to release free content for the game all year.