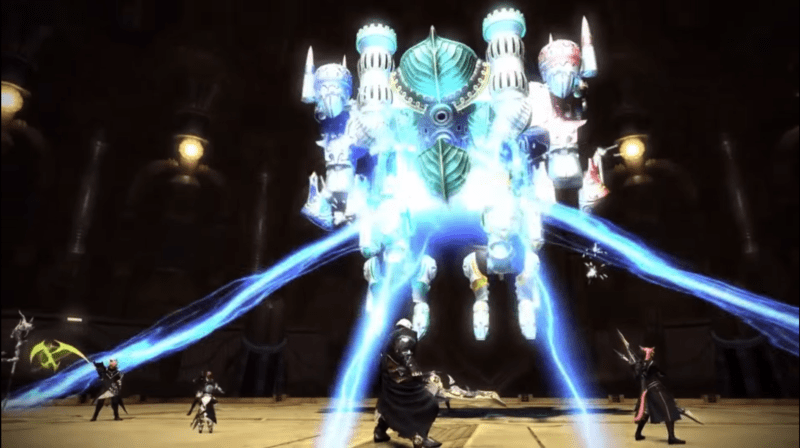 Final Fantasy XIV and the Mighty Morphin Power Rangers. I have to be honest, I never thought I’d see those two mashed together. However, after watching this altered preview of the Alexander Midas final boss, I have no doubt that someone in the FFXIV development team was inspired by the Mighty Morphin Power Rangers when designing part two of Alexander raid.

In a short, but very sweet video, Ryudo Gaming on YouTube perfectly matches up the Mighty Morphin Power Rangers theme song with what appears to be the final boss of the second section of the new Alexander raid, Alexander: Midas. Just watch:

OK so it doesn’t really matter what the actual name of that boss is, from now on after watching this, its name is Megazord and it’s going to take a whole lot to convince me to call it anything else.

Honestly, I haven’t been that hyped about Patch 3.2, The Gears of Change, considering how formulaic the patches have been in FFXIV for a while now. But now, if nothing else, I’m pumped to go toe to toe with FFXIV Megazord.

Thanks again Ryudo Gaming for making us chuckle today. The Gears of Change (or Patch 3.2) will be added to Final Fantasy XIV later this month on Feb. 23.