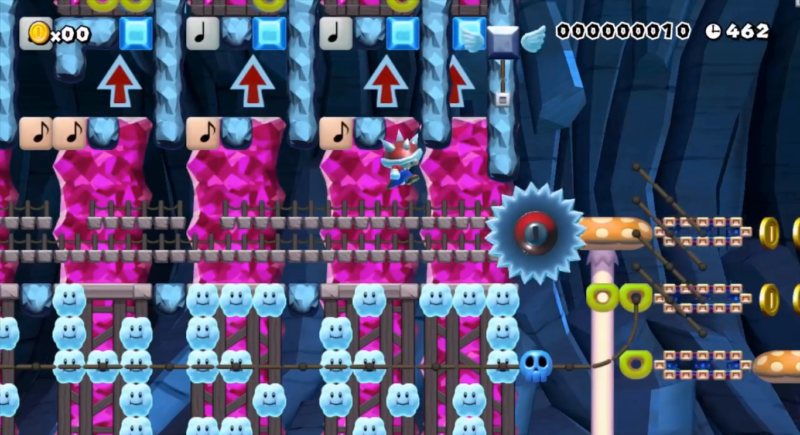 When you give the gaming population a tool such as Super Mario Maker, one has to expect that insane things will be wrought, such as Portal-type levels, Don’t-Press-Anything levels, or disturbing masterpieces such as… Waluigi’s Unbearable Existence (seriously, if you haven’t seen that yet, I suggest you get to it). Naturally, things are only going to become more complex, once people continue to exploit the game’s items further. One of the latest, and most confounding projects is a working calculator.

I know, that sounds impossible, but it’s not; it’s just insane. Of course, this calculator doesn’t work quite like your standard one, as it must use the game’s items to “calculate,” mainly by using a complicated system of spiny enemies speeding and weaving up and over all types of springs and moving tracks.

Depending on the blocks Mario breaks in the very beginning, where players can see and select from the numbers 0 through 7, the spiny enemies will fall into the holes that Mario has smashed through, setting off an ridiculous chain of events that will eventually wind up to getting the sum. For the video, the creator has demonstrated by calculating 6 + 6 and you just have to see how the 12 appears for yourself.

If you’ve created any similarly intriguing levels, feel free to share them in the comments below! If you don’t have any yet, then go and out and make some already with Super Mario Maker on the Nintendo Wii U.