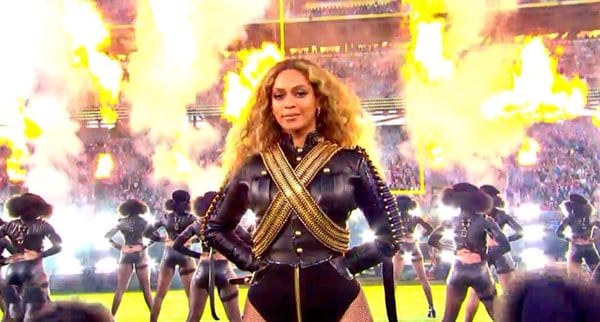 In addition to getting recognized by Madden on Twitter for her gracefulness, Beyonce now also has her own character card in Super Smash Bros. After her stellar halftime performance and everyone’s declaration of “Queen” and “slaaaaaaaaay”, writer Saladin Ahmed wanted more. He wanted her to join the roster of Nintendo’s newest fighting game.

Luckily, Jon Brence was there, willing to do what needed to be done.

Sadly, she doesn’t have a title card of her own that has a catchy title–think “Woke up like this!” or “To the Left, To the Left!!”–but this is still pretty great. Just like with Madden, it would probably be a bit unfair to have Beyonce in the game, because she’d wipe the floor with the entire cast. Well, maybe not Bayonetta, that one would take some effort. And it’d be pretty great.

Nintendo, if you’re reading this, you should totally try to make this a thing. It’d be a helluva way to close out Smash Bros DLC, no? Beyonce…man.