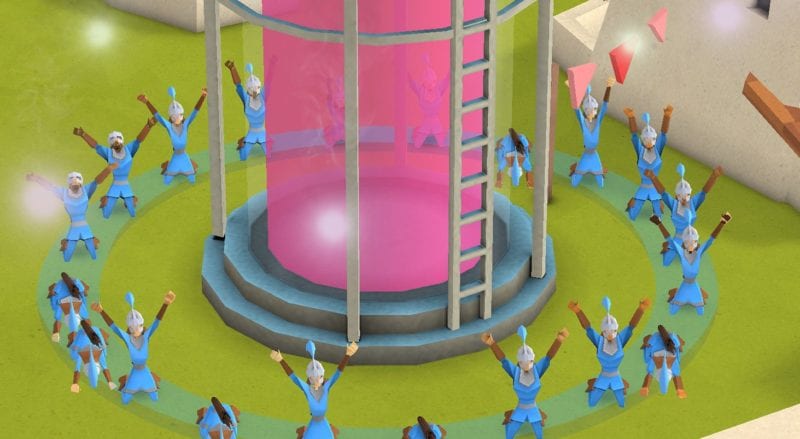 Standalone RTS, Godus Wars, has launched on Early Access. This is the next game from Peter Molyneux’s company, 22 Cans, and is available for free to owners of Godus ($14.99 for everyone else). The game has received Mostly Negative user reviews as of right now, with many still feeling the sting from the universally panned Godus.

This release is fresh on the heels of Molyneux’s return to speaking to the press with a new interview he conducted with Eurogamer today. He had been away from the media limelight ever since the 2015 interview with Rock, Paper, Shotgun that began with the now famous opening question,”Do you think that you’re a pathological liar?”

Have you played Godus Wars yet? What did you think, if so? Let us know in the comments below!