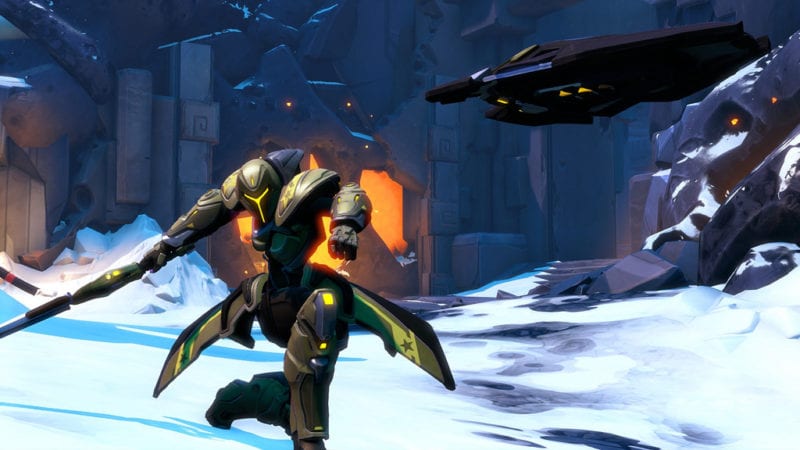 Battleborn’s exactly 3 months away, and there’s still some characters that Gearbox has yet to reveal. Today, they’re showing off two who are entirely melee focused: Attikus and Galilea.

Attikus is a Thrall, a race of creatures under the Jennerit underclass. His entire life, he’s followed orders, but an experimental biotech harness gives him something he’s never had: intelligence. A brute is deadly, but a brute with a brain? Yeah, that’s not gonna be good for anyone he doesn’t like. Check him out in the trailer below.

His main attacks are an enhanced punch called Barefisted Brawling, and a Charged Hook that delivers even more pain to your face. As far as specials go, he can use his targeted Pounce to close the gap between him and his enemies. His metal arm can be used to shock bad guys, and his ultimate ability allows him to create shockwaves of energy. Even better, his biotech harness lets him syphon energy from killed enemies and use that energy to juice up the next skill he uses. If you go up against him, it’s best to keep your distance.

The next character to join Battleborn is Galilea, the Wraith of Bliss. She’s a member of a sacred Eldrid order under assignment to join the Jennerit and rose through the ranks to become a Silent Sister. Unfortunately, she was discovered and attacked by Ambra, who was partially successful in restoring her life. Now she’s immortal and full of life-killing dark energy. Fun!

Aside from Greatsword and Shield, Galilea is able to throw her shield around like a certain Captain in the Americas and curse the ground beneath her to amplify damage against enemies with her Desecrate power. She can also explode into dark energy to take a break from action, allowing her to take reduced damage and regenerate a huge chunk of her health. Her Corruption skill grows as she uses her other skills and connects blows, and once it’s charged, she projects a massive aura that drains the health of nearby enemies. Like Attikus, it’s best to keep your distance when going up against her, and to attack her from behind and keep her on the move constantly.

Battleborn hits the PS4, Xbox One, and PC on May 3. Who’s your favorite character so far? Let us know in the comments below.