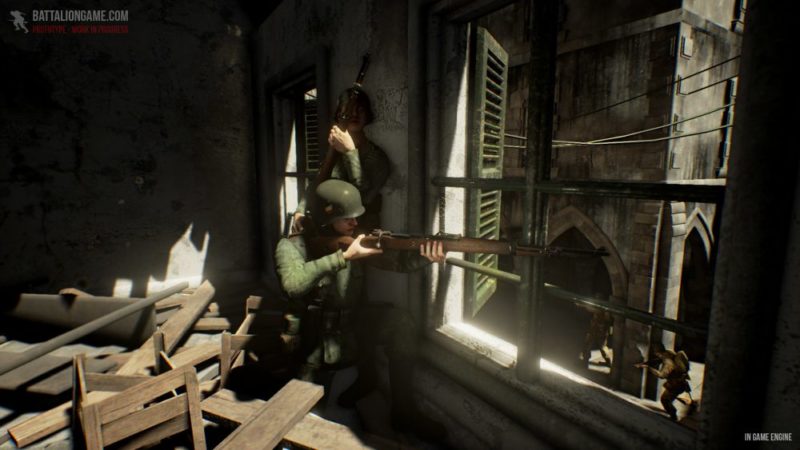 Earlier today Bulkhead Interactive made the decision to add stretch goals to its Kickstarter campaign for Battalion 1944 6 days before the campaign ends.

According to Bulkhead Interactive, the reason it took so long to add stretch goals is because “we decided to listen to the feedback from our community to see exactly what you wanted and then go a step further by making the content you wanted to see.”

At the time of writing Battalion 1944 has received £254,578 out of its £100,000 goal meaning that two stretch goals have already been beaten. These two goals include adding a community manager, so gamers will be kept up to date with the games development post-Kickstarter, plus enhanced particle effects which will include “hyper-real smoke.” The next two Kickstarter goals include a Band of Brothers Currahee Bootcamp map for £275,000 and a competitive D-Day Map for £300,000.

Unfortunately for single-player gamers, the offline ‘Behind Enemy Lines’ has a stretch goal of £500,000. This mode will allow players to take on waves of bot AI in competitive maps. Multiplayer gamers will also be able to use this mode to practice and learn the maps before heading online.

Bulkhead also included a stretch goal for a single-player campaign at £1,200,000 and noted that the reason why this stretch goal is so high is because “Good single player campaigns aren’t cheap to make, there’s no ‘add single player’ button for us; it would cost a lot of time and money to make, hence the large funding goal.” Basically don’t expect Battalion 1944 to get a single-player mode, especially considering again that the Kickstarter campaign ends in 6 days.