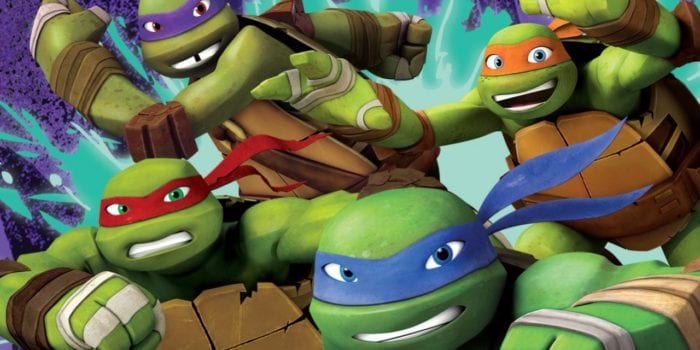 Well, that didn’t take long. Looks like the trailer for Teenage Mutant Ninja Turtles: Mutants in Manhattan has been revealed well ahead of its intended release for tomorrow, courtesy of Microsoft. The game, developed by Platinum Games of Bayonetta fame, has you playing as the titular heroes as they fight to save Manhattan from both the Shredder and his Foot Clan and the Krang aliens. You know, as turtles do.

The game will offer four player online co-op (sorry, couch co-op fans) and has an art style that a lot will see as reminiscent of Gearbox’s Borderlands franchise. The action looks pretty Platinum-like, with combos and fast attacks plenty. Having four Turtles means there should be plenty of combos for friends and solo players to work through. Plus, y’know, you’ll get to use jetpacks and fight giant mutant sharks. Can’t go wrong with that, can you?

Ninja Turtles: Mutants in Manhattan will hit the PS4, PS3, Xbox One, and Xbox 360 this summer.