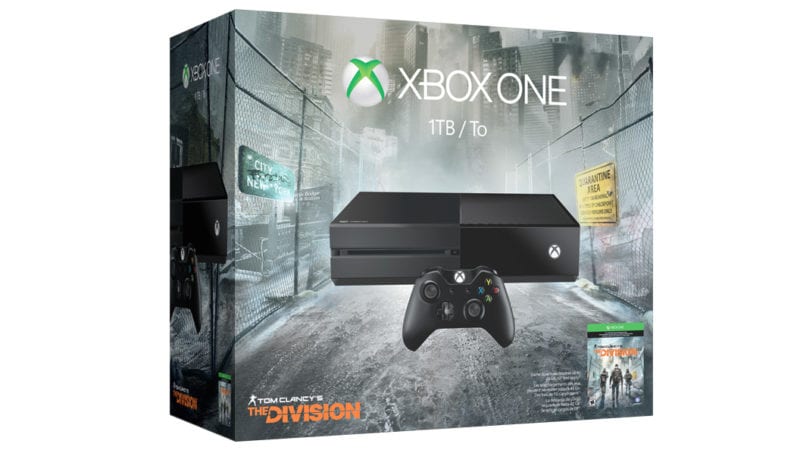 There is a new Xbox One Tom Clancy’s The Division bundle coming when the game releases on March 8 according to a blog post from Major Nelson. The bundle, which will cost $399, comes with a 1 TB Xbox One and a digital download code for Tom Clancy’s The Division. Those who pre-order the bundle will also receive access to the game’s closed beta which launches on January 28.

The Division is an open-world RPG that takes place in New York City after money intentionally laced with the small pox virus is circulated on Black Friday. After just mere days of resources being depleted, society collapses and the city is propelled into turmoil. As members of The Division, agents work together to try to investigate the virus and take back the city.

Tom Clancy’s The Division will release on Xbox One, PlayStation 4, and PC on March 8 with the closed beta coming on January 28 to Xbox One and January 29 for PC and PS4. The closed beta will run through January 31. There has been no word, yet, as to what the beta will entail, but the Xbox One exclusive alpha last month gave players a taste of The Division’s PvE gameplay.

Check out the video below for 10 minutes of gameplay.