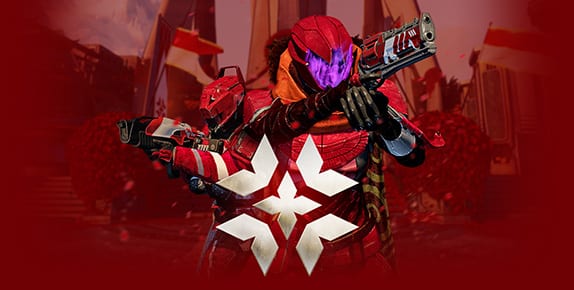 The Valentine’s Day update for Destiny has been fully detailed by Bungie. Crimson Doubles is a small 2v2 multiplayer mode that focuses on the bond between two Guardians. This mode also shows how furious one can get when that bond is broken.

Beginning Feb. 9, the Crimson Doubles playlist will be available for all Destiny players. It’s an elimination match that requires a Fireteam of two players to enter. This mode also has a new modifier called “Broken Heart”. Bungie’s Senior Designer Leif Johansen explained that buff in the company’s weekly update.

When your teammate dies, you become “enraged” with the Broken Heart buff. When you find yourself alone in the fight, you gain maximum ratings for Armor, Agility, Recovery, and Weapon Handling speed. Hearing Bungie devs swear vengeance for their beloved Crimson partners during playtests sealed the deal for me.

This event will also include unique bounties, a new Quest, and some new shaders and Ghost Shells. Participants in the Crimson Days event will also be given Crimson Candy. Eating one of these gives everyone in the Fireteam a time-limited experience gain for all of their weapons.

The Crimson Days event starts Feb. 9 and ends on Feb. 16. This is the first Destiny event of the year, and it seems to be on the same scale as last year’s Sparrow Racing.

Will you try out Crimson Doubles, or are you waiting for the larger Destiny update that is still to come? Let us know in the comments.