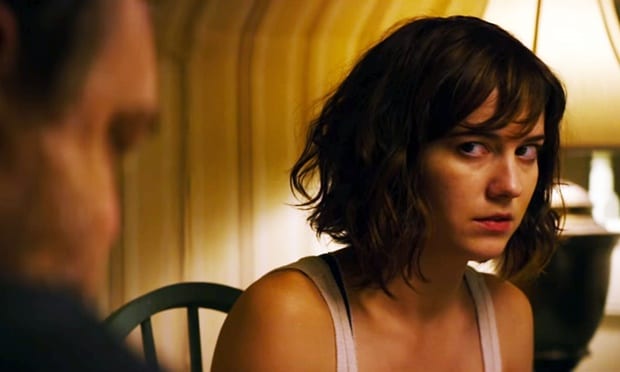 It’s been nearly 8 years since the release of JJ Abrams’ Cloverfield, the found footage film that built up a lot of hype thanks to its mysterious marketing campaign. The film itself is still pretty good, but its the mystery that’s kept it in people’s memory for so long. It looks like we’re about to go through that again with 10 Cloverfield Lane.

Screenings of the new Michael Bay film 13 Hours may have a trailer for the Abrams produced film. The trailer starts off jaunty and cheery, showing a family just enjoying a day inside their home while “I Think We’re Alone Now” plays. Then it becomes…sinister. Something’s not right, and whatever it is, John Goodman is determined to make sure Mary Elizabeth Winstead doesn’t leave their house to find out. You can check it out below.

10 Cloverfield Lane hits theaters on March 11. Think it’s a sequel to the found footage film, or something in its own entirety? Let us know in the comments below.