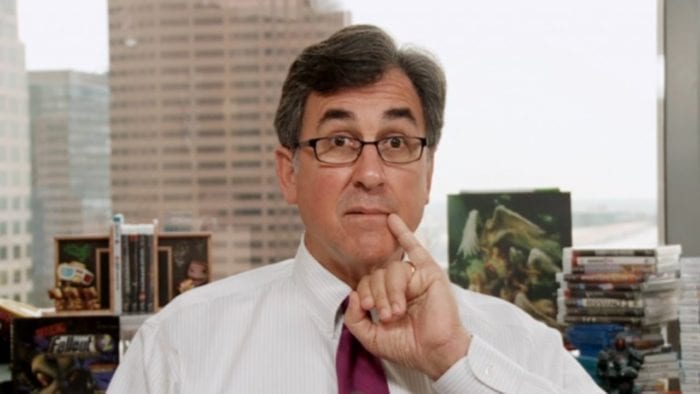 If you don’t know who Michael Pachter is, he’s a video game and electronics research analyst with Wedbush Securities, and he also likes to end his show, Pachter Factor, with a bold prediction. On this week’s episode, he focused his attention on the November NPD report and two of the big heavy hitters that dropped last month: Call of Duty: Black Ops III & Star Wars Battlefront.

He specifically worded his prediction:
“Star Wars Battlefront, (next-gen only) is gonna be outsold by Call of Duty, according to NPD, in the month of November.” He later clarifies that the sales numbers between the games will be pretty significant, likely by as much as 50%.

If you’re wondering how not even the Star Wars franchise can take down Activision’s Call of Duty series, Pachter specifies that because of gift-giving during the holiday season, and word-of-mouth, the Call of Duty series has become too much of an established franchise in the video game industry for something even as big as Star Wars to compete with it. In fact, each time a new Call of Duty game releases, it sells just as much in November, the month it typically launches, as it does in December.

There’s a large percentage of gamers in the world that specifically want just the new Call of Duty game each year and are unaware or don’t care at all about the other games that they could also be picking up for themselves. Those same people are still playing last year’s entry and the one that came before that to this very day, waiting until someone buys them the new one.

As far as Star Wars goes, no one’s friends are playing a Star Wars title that arrived last year or the year before. “People aren’t playing Star Wars. They might be playing the beta, but there’s no real compelling reason to rush out and buy it the first instant. All your Call of Duty friends aren’t buying Star Wars and switching over.”

Feel free to let us know what you think of Pachter’s prediction in the comments section below. We’ll see if Call of Duty: Black Ops III really sold 50% more copies than Star Wars Battlefront when the November NPD report arrives on December 10th.