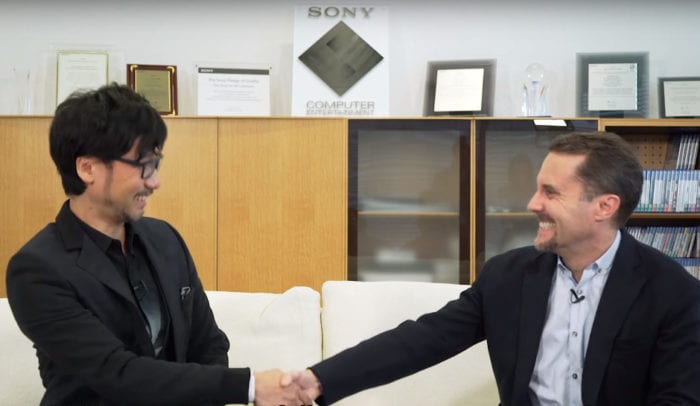 Hideo Kojima’s independent studio recently announced a PS4 exclusive project, and in a recent interview with IGN, he explains the trust and support that went into his decision to partner with Sony for his first new game.

“I feel like this is an environment where I will be able to make something and feel comfortable, and I believe that’s the environment I need right now,” Kojima said. He went on to credit Sony for much of his popularity, and said the relationship of over a decade was a huge factor when considering other offers.

“It’s thanks to Sony that I was able to make a splash in the global market. It’s been 10-plus years since then and the working relationship at Sony, the people at Sony, we gel well…. I got several offers from many different companies, but with Sony it came to a point where I know these people, they know me, we know each other well.”

“There are many stories,” he continued. “We have this deeper trust with each other.”

Though this collaboration will result in a PlayStation exclusive title, Kojima said “everything will end up being multiplatform” at some point. Earlier this week, it was confirmed this first PS4 title will eventually make its way to PC.

We don’t know exactly what’s coming out of Kojima next, but it will involve mechs designed by Yoji Shinkawa, the artist behind much of the Metal Gear series as well as the creator of Kojima Productions’ intricate logo.

Let us know what you think this new game could be, and for more Kojima news, check out the stories below.