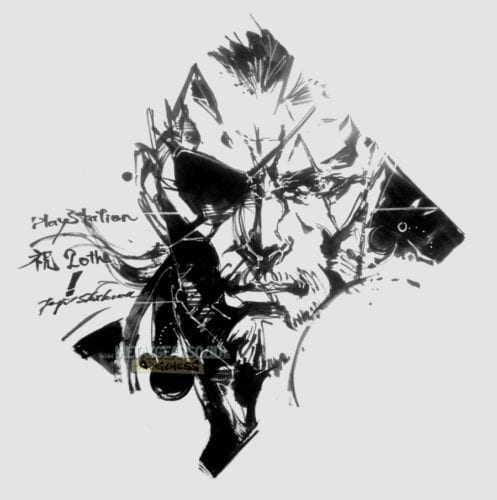 Earlier this week, Metal Gear creator Hideo Kojima revealed that he has finally departed from Konami and is now working on a brand new game that is yet to be announced.

Whilst we don’t know the exact nature of Kojima’s new game, it seems there will be mechs in it, and they will be designed by the famed Metal Gear Solid artist Yoji Shinkawa.

Whilst speaking to IGN, Shinkawa revealed that he is the Art Director for Kojima’s new title and that he will be working with Kojima in a similar way to how they worked on Metal Gear together.

“I’ll be in charge of creating the concept for the characters, concepts for the backgrounds, concepts for the mechs, their designs,” he said. “Once that’s done, I’ll also overlook the whole art process. In that regard, it won’t change that much. I hope I can do my best the way I’ve been doing so far.”

“One thing that’s different is I want to accept more challenges and do things as I wasn’t able to do before,” Shinkawa continued. “I want to expand, on a personal level, the things I can do. We’ve been working on a franchise that is beloved and has recognizable characters. One of my big goals is, visually, as well as whatever characters we create, go beyond that, are more recognizable, are more beloved. That’s definitely one of the goals I have when it comes to the art side.”

Whilst mechs have appeared in the Metal Gear Solid franchise, you probably shouldn’t get your hopes up. It has already been confirmed that Kojima’s new game is in no way related to Metal Gear Solid.

All we really know about Kojima’s new game at this point is that it will be a timed exclusive for the PlayStation 4 and will then see a release on the PC. It is unconfirmed if it will ever be released on the Xbox One.