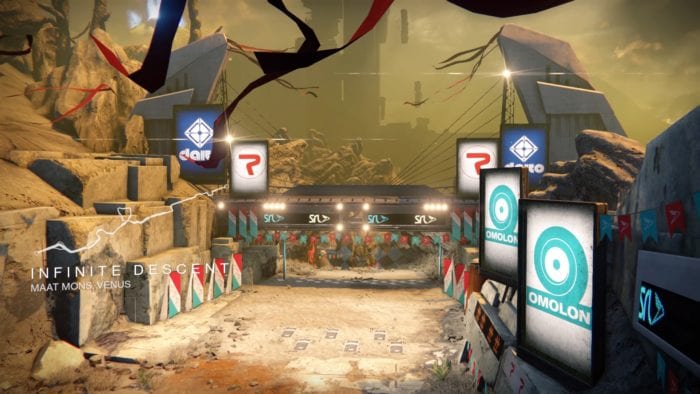 Destiny has a new event for players to jump into as we head towards the end of 2015. It’s called the Sparrow Racing League and it finally makes the Sparrows you’ve been collecting at the forefront of the Destiny experience.

The Sparrow Racing League is an event that allows players to join legitimate races in Destiny (no more having to make up your own challenges). The races are broken down into licensed groups that you unlock by completing races in lower levels. You’ll be able to unlock rewards such as new Sparrows, class items, Shaders, Horns for your vehicle, and powerful armor (up to Defense 320). It’s a fun way to earn gear that breaks up the constant hustle and bustle of having to kill tons of onscreen things.

You can begin as soon as you turn your game on and download the latest Destiny update. Once that’s done, you’ll automatically receive the Sparrow Racing League quest so you can jump right in. At the bottom of the of the map where you choose your missions you will see the events section. This includes Crucible challenges, Nightfall, Weekly Heroic Strike, and Daily Heroic Missions. To the far left, you’ll now notice a new logo that represents the Sparrow Racing League. Just click it and you’re off to the races.

How long is it here for?

Unfortunately, the Sparrow Racing League isn’t here forever. Luckily, this event is longer than the usual weekend for Trials of Osiris and week for Iron Banner. You’ll be able to race to your heart’s content until Dec. 29. It’s definitely a nice touch to give players more time to learn how to rein in those wild Sparrows, but you should make every day count to reap all the possible rewards.

Now you’re all set to get in there and make a name for yourself in yet another Destiny event. You’ve completed bounties for the Queen, taken out raid bosses, fought in the Iron Banner, and completed the Trials of Osiris. Now it’s time to get your name on a Sparrow Racing League trophy.