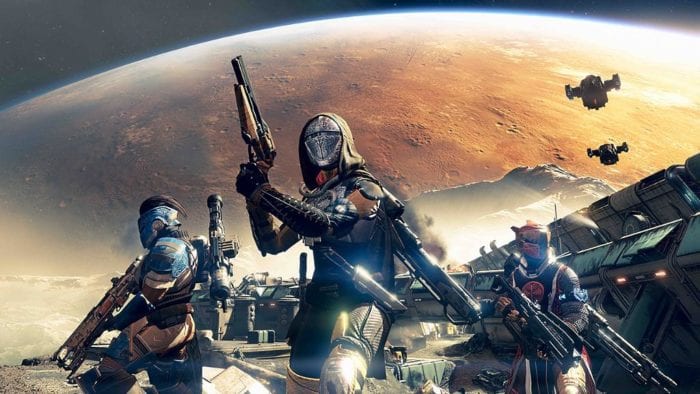 Iron Banner is back today for the first time since The Taken King launched. Coinciding with its return, Bungie posted a new blog post describing how Light will factor into the new Iron Banner.

Iron Banner has had a checkered past, seesawing from factoring in power differences minimally to landing somewhere in between. As long as your gear and Light was pretty high, you’d be OK for the most part.

This time around though things are a little different. Before we get started however, here’s a chart that Bungie provided to explain how differences in Light have worked in the past (and how it does now). It’s all a bit technical so the chart helps to visualize the difference:

OK so here’s what all that mumbo jumbo actually means:

The Power Curve is a way of measuring the damage you do to players with a differing Light level. There’s a lot of secret math that gets done behind the scenes that I’m not going to get into, but for the purposes of this article, you may assume that every 10 units of Light equals 1 Level on the following graph. For example: If I’m sitting at 280 Light, and attack someone with 300 Light, my disadvantage would be a delta of 2.

The blog post points out what some of our keenest readers may have already noticed from the chart above: The Taken King’s Iron Banner closely resembles the original Iron Banner which many people despised as not factoring in power enough. However Bungie address this as well.

There are a ton of answers to that question, but the one most relevant to this week’s Crucible events is that the bottom of the curve is still 10%, which is the important element for punishing players who are woefully under-leveled. There’s just a lot more room between full-power and full-sadness, given that there’s a lot more room between a new character and an endgame player in The Taken King.

OK so what about the hardcore Crucible players that have been itching to start Iron Banner for weeks now? How will this change effect them as most people who are going to be into Iron Banner have likely been preparing for this since Destiny: The Taken King first launched? To explain that, Bungie first needed to zoom in on that top of that chart:

So that right there is where most of the hardcore competitive Destiny Iron Banner fans will find themselves. Notice that the red TTK line is actually steeper than almost all of the others. Here’s what that means according to Bungie’s Crucible experts:

This is the part of the graph where most competitive players will find themselves, so it’s worth noting that the Power Curve for The Taken King is more aggressive than any previous release for the first 3 levels or so. This means that, assuming everyone in your match is close to max-level (or “your level”), minor differences in power will matter more than ever. We’re assuming that matchmaking will do its thing and keep skills close, so your gear will give you the edge (or hold you back) when playing in power-enabled playlists.

So there you have it Iron Banner fans. In a match filled with high level players, every little bit of damage and armor will factor in. So get that light level as high as you can to prepare for TTK’s first Iron Banner tournament which will run until next Tuesday’s reset. Good luck guardians!