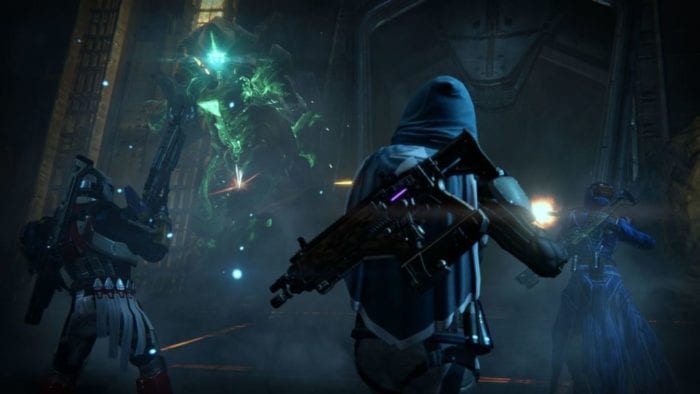 A few months ago, Destiny player GladHeAteHer182 defeated raid boss Crota with Rock Band drums. He’s taken his quest to humiliate the Son of Oryx even further by defeating him while blindfolded.

GladHeAteHer182 has a YouTube channel full of these self-imposed Destiny challenges, most showing his complete mastery of the Crota boss fight. According to his Reddit post, this challenge took over 20 hours and relied on strict memorization, audio cues, and knowing what certain controller vibrations meant.

This player has now defeated Crota while blindfolded, with Rock Band drums, a Guitar Hero controller and completed the entire raid without taking damage. It’s safe to say that he’s mastered the raid in ways that even Bungie couldn’t predict.

Bungie should award this Guardian a special emblem or shader at this point, because he’s defeated Crota in ways that no one else would dare to attempt.

What self-imposed challenges would you attempt during Destiny? Would you attempt a Crota’s End challenge mode that forced players to defeat the boss with a completely blank screen? Let us know in the comments below.