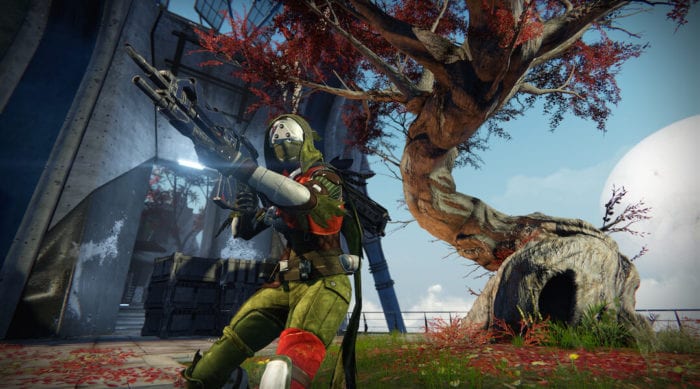 The next Destiny update is adding lots of Exotic weapons that players can scour the universe for. This update will also bring a significant rebalance of all weapon types in the game. Out of all the weapons available, pulse rifles and shotguns will get the largest changes next month.

Bungie’s Sandbox Designer Jon Weisnewski posted a lengthy preview of the upcoming weapon changes. Pulse rifles are by far the most popular and dominant weapons in Destiny right now, so this update will tone down their damage slightly. Slow-firing pulse rifles will have their damage reduced by nine percent, while the medium and fast-firing rifles will lose eight percent damage.

Shotguns will become much weaker in the December update. Every shotgun in the game will have slower reload speeds, slower time to aim down sights, and will be slower to switch to. Players holding shotguns will also walk more slowly to encourage close quarters combat.

Several Exotic weapons will also be rebalanced next month. The First Curse, Hawkmoon, The Chaperone, Fabian Strategy, Black Spindle and Sleeper Simulant will receive a variety of changes to make them more balanced for combat against other players and AI.

The full list of changes is available on Bungie’s website. While shotguns and pulse rifles will receive the most significant changes, every weapon type will be changed so one type won’t dominate the game.

If this update goes smoothly, each weapon type will have its place in Destiny, encouraging players to use what they like.

What do you think about Destiny’s weapon balancing? Do you think they’ll weaken pulse rifles and shotguns too much? Let us know in the comments.