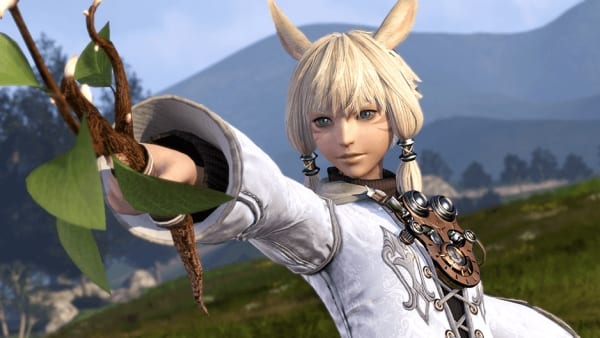 The final trailer in a series showing off the characters of the new Dissidia Final Fantasy was released today. We’ve seen trailers for heroes from each of the main games in the series so far including Squall, Tidus and Lightning. This time the focus switches to Y’shtola, a Conjurer and one of the major characters from the MMO Final Fantasy XIV, and A Realm Reborn. The player character in XIV interacts with Y’shtola many times throughout the main story, and she evens joins you in battle during some quests.

Y’shtola is entirely a magic based character, and she uses a budding wand as a weapon. Keeping her distance she uses iconic magic spells like blizzard, aero and stone to devestate her opponents. Y’shtola also has a very powerful cure spell you can see her using at the end of the trailer to restore the Warrior of Light.

Dissidia Final Fantasy hits Japanese arcades on Nov. 26. Once the game has been out in the wild for a while, we’ll see if Square Enix makes any plans for a console port. At the moment there is no western release for the game. How do you feel about the balance of characters in the new Dissidia? Are there any other characters from Final Fantasy XIV you’d like to see featured? Let us know down in the comments.